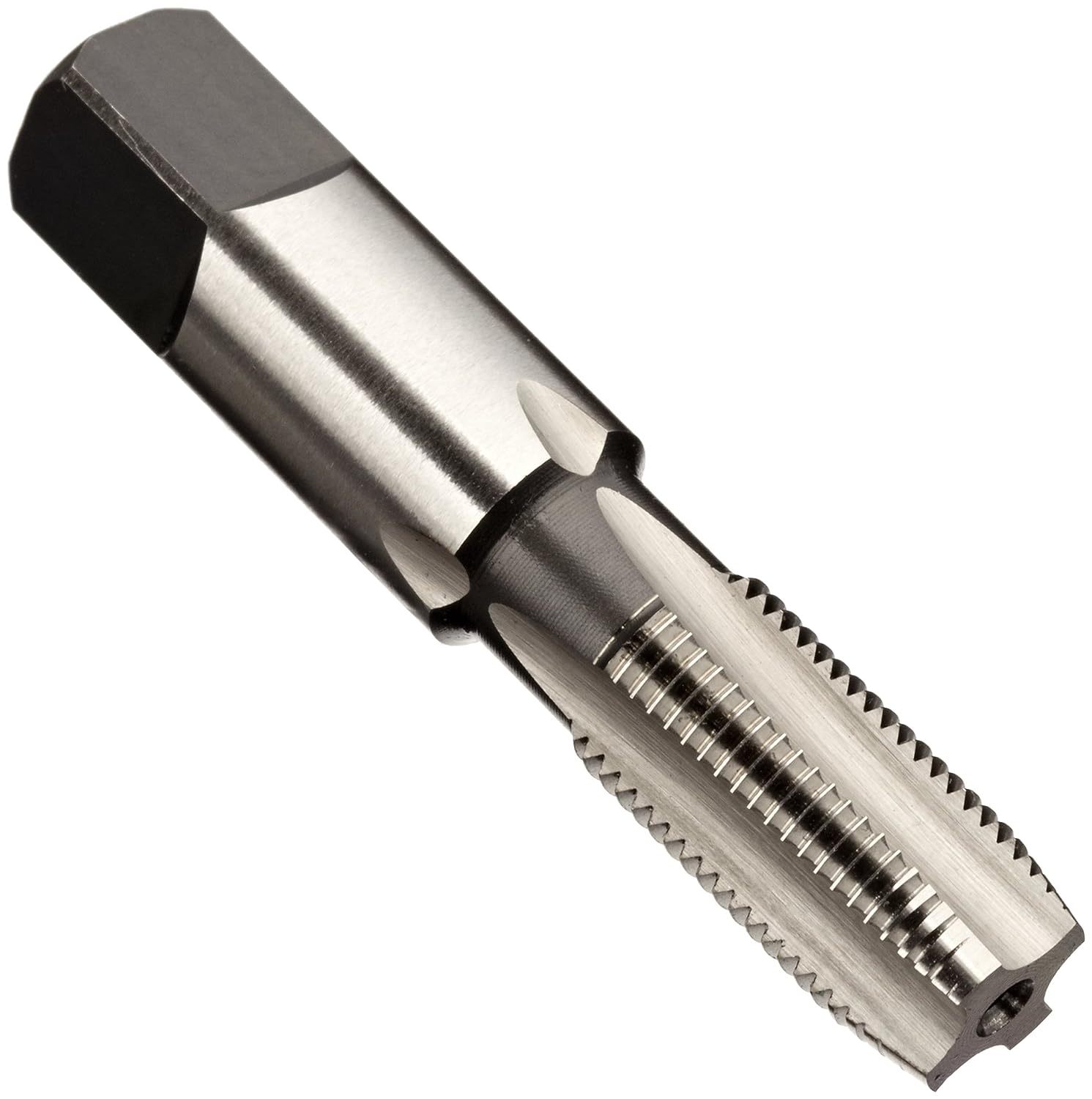 The 1592(NPSF) uncoated, high-speed steel pipe tap has straight flutes and a round shank with a square end, and is used to create NPSF (National Pipe Straight Fuel) right-hand threads in a range of materials, with strength in carbon steel and alloy steel. NPSF thread, also called Dryseal American National Standard Straight Pipe Thread, is an ANSI-standard thread configuration designed for a leak-free “straight” or untapered pipe joint that is created by an interference fit between engaged threads rather than by the use of sealants. The straight flutes are suitable for threading through holes (extending through the workpiece) and blind or bottoming holes (with only one opening). The plug chamfer eases tapping at the beginning of the hole and helps maintain correct perpendicular alignment with the workpiece for increased tool life.

Right-hand threads are designed to tighten when a head or nut is rotated clockwise (the most common threading direction). High-speed steel (HSS) is a common general-purpose steel for cutting tools and is compatible with a variety of materials. With no coating or surface treatment, this uncoated tool can be used on a broad range of materials and provides an economical alternative to coated tools. The round shank with square end helps to minimize rotation in the tool holder. This tool can be used in machines, such as drill presses or lathes, or with hand tools such as tap wrenches.

In the 1592(NPSF) series, taps with nominal diameters of 1/8” to 1/2” have four flutes, and taps with a nominal diameter of 3/4” have five flutes. In this series all taps have plug chamfers. This tap conforms to ANSI standards and is suitable for normal pipe thread tolerance.

Taps produce internal threads in previously formed holes and can be used in machines (such as drill presses) or with hand tools. Common types of taps include hand taps, spiral point taps, spiral flute taps, thread forming taps, and pipe taps. Hand taps (straight-flute taps) collect chips in the straight flutes of the tool; spiral point taps push chips through holes ahead of the tool; and spiral flute taps pull chips back from the tip of the tool, up and out the hole. Thread forming taps, also known as cold forming taps, press rather than cut to create threads in a drilled hole, and no chips are created. Pipe taps create threads in pipes and pipe fittings. Each thread type designates a thread profile and each type is identified with an abbreviation. In the U.S. and Canada, the Unified Thread Standard is the dominant thread type, including UNC (Unified Coarse), UNF (Unified Fine), and NPT (National Pipe Taper) threads, among others.

Dormer Pramet manufactures cutting tools under the following brands: Precision Twist Drill, Dormer, and Pramet. The company has locations around the world, and provides tools adhering to ANSI, NAS, and DIN standards. 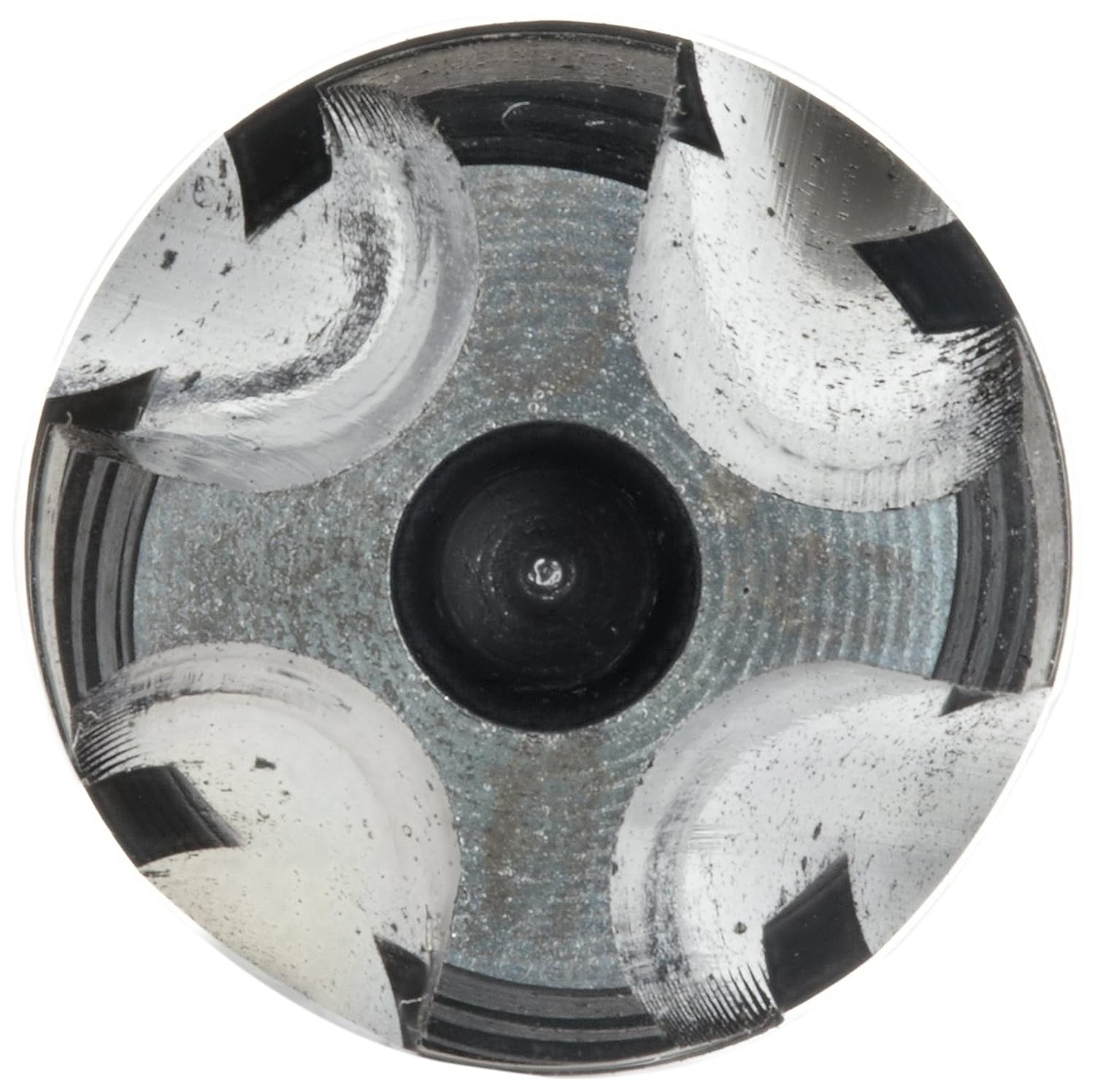 the post-millennial generation is about to arrive in your workplace, but there are few overlaps between these digital natives and their older colleagues. poised to disrupt the workforce with an influx of 61 million job seekers, generation z brings characteristics and expectations you might not anticipate to the office. here’s what you need to know to stay ahead of the transformation.

members were born between 1995-2010, meaning the oldest are 22 and just entering the workforce.

gen z has never known life without technology at their fingertips (the first smartphone debuted when they were infants).

despite being inundated with technology all their lives, gen z expresses concern about their digital devices and place high value on offline relationships.

this generation grew up in the great recession and the occupy wall street movement, which has made for frugal shoppers with a distrust of big brands.

gen z makes up the latest wave of young professionals entering the workforce. outnumbering their millennial predecessors, this group will make up forty percent of the working and consumer population by 2020.6 twenty-eight percent of millennial managers look to gen z with concern, doubting their ability to recruit, retain, and train them. 5 gen z are hard workers – an asset to employers – but when it comes to recruiting and retaining, what matters to these incoming job seekers? we’ve compiled results from several surveys to find out.

not only do gen z work hard, they also take responsibility for their career. this generation is willing to put in the extra hours if they’ll be rewarded for it. they are competitive and want to be judged by their merit. this means they also value skill development and self-improvement, and they often prefer to work independently.

this also makes for a generation of entrepreneurs. nearly half (42 percent) of the monster multi-generational survey respondents want to have their own business someday.7

technology as a tool

while generation z are anything but strangers to technology, they view it is a tool – not a toy. they are less enamored with flashy new releases than previous generations. these employees expect work phones and laptops. adept at quickly picking up new technology and instantly accessing information, you can expect gen z workers to learn and start contributing sooner rather than later.

perhaps because of their digital environment, gen z place high value on face-to-face interaction. these employees don’t just want to work for you – they want to be coached by you, too. social experiences matter in the workplace and beyond, which makes culture a key convincing point for recruiters. gen z is also the most accepting generation yet, so they feel right at home in a diverse work environment.

employers prepared to deliver a positive and rewarding day-to-day work experience with competitive compensation will be well-equipped to welcome their youngest workers. earning a bachelor of arts in human resource management or a master of arts in human resource management from concordia university, st. paul, is an excellent way to refine your hiring and training practices.

learn more about our programs

to speak with a knowledgeable program manager